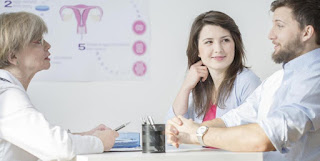 A UK study recommends that couples undertaking IVF (In Vitro Fertilization) should have up to six attempts, rather than the 3 or 4 embryo transfers that is currently standard practice. By that stage, 65% of women, with an average age of 35, have been able to have a baby.

This recent study, which was published in The Journal of the American Medical Association, could give fresh hope to couples who have tried to have a child for several years via IVF. In practice, IVF is often stopped after three or four unsuccessful embryo transfers.

An IVF cycle includes treatment with hormones to stimulate the ovaries, egg retrieval and the transfer of embryos arising from that hormonal stimulation.

Professor Debbie Lawlor of the University of Bristol and Professor Scott Nelson of the University of Glasgow suggest that the number of IVF cycles per patient should be extended beyond the usual three or four. Their research shows that 65% of women have a baby by the sixth attempt, taking an average of two years.

The researchers calculated the live birth rate for each cycle, as well as the cumulative probability of achieving a live birth across multiple IVF cycles up to 9.

The study followed 156,947 patients (with an average age of 35, and a median four year duration of infertility) and 257,398 IVF ovarian stimulation cycles.

The researchers found that in all women, the live birth rate for the first cycle was 29.5%, and 32% for those under 40. The rate remained above 20% up to and including the fourth cycle for women under 40. The cumulative live birth rate across all cycles continued to increase until the ninth cycle. By the sixth cycle, 65.3% of the women had a live birth, taking an average of 2 years.

Because of these encouraging results, the study's authors advise parents-to-be to consider IVF as a process with multiple cycles, rather than a single shot.

A test to predict the success rate of IVF is currently being developed by a team at France's Montpellier University Hospital in partnership with researchers at the French institute Inserm. They are studying an IVF outcome biomarker: the cell-free DNA present in a woman's blood. With a simple blood test, it will be possible to know the best moment for fertilization, thereby increasing the chances of success. This test could be used in the hospital from January 2016.